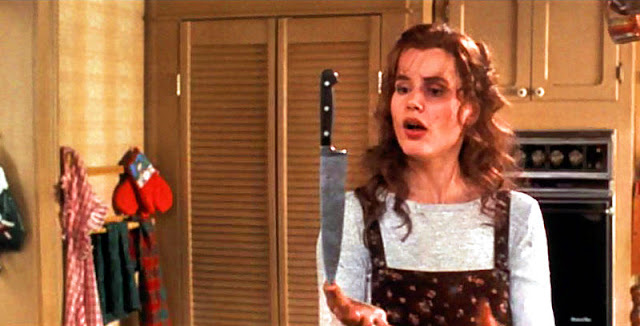 is one of the very best Bad Movies of the '90s, no small accomplishment in a decade that also gave us Barb Wire, Boxing Helena, Color of Night and Showgirls.

The fun begins when Geena Davis, a demure, redheaded, schoolteaching single mother who suffers from amnesia and cannot recall having been the world's deadliest hired assassin eight years ago, collides with a reindeer. Voila. Davis begins to get hints of her previous vocation. In a dream sequence Sigmund Freud would have fired a patient for having, goody-two-shoes Davis stands atop a stormy cliff facing her sexy, bottle-blonde image in a mirror. "I want a cigarette," growls the tough-talkin' reflection, to which the nice Davis prissily replies, "I don't smoke." "Ya used to!" snaps the blonde. Director Renny Harlin chooses to cut from this all-too-revealing dream sequence to a dump truck picking up garbage (discuss meaning amongst yourselves). 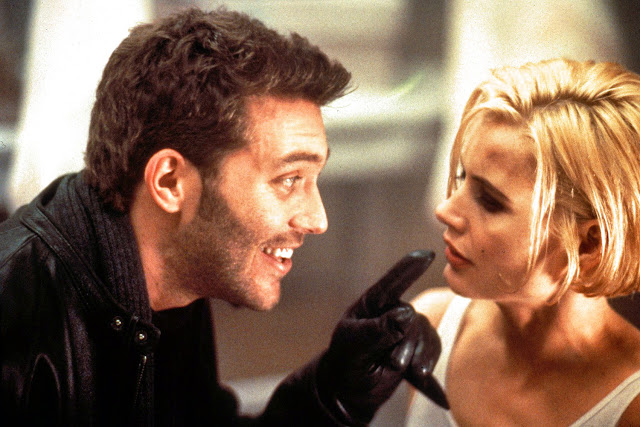 Soon Davis's dark side starts cropping up during waking hours. The mere chopping of a carrot turns into a dicin', slicin' display of aggression that is, frankly, reminiscent of one of those infomercials for sharp cutlery. Whipping through every vegetable in the kitchen, Davis beams maniacally, "I used to do this. I'm a chef!" Perhaps not. When she nails a tomato to the wall with a perfectly tossed knife, her daughter and boyfriend are justifiably terrified. "Chefs do that," explains Davis. But later, when she tells her kid, who's just fractured a wrist, "Life is pain! Get used to it!" there's no pretending Davis's previous life was benevolent. To make the point even clearer, a one-eyed thug who knew hit woman Davis way back when breaks into the house and hits Davis on the head with a heavy pot, whereupon she knocks him out cold with a cream pie in the kisser, then breaks his neck, and, as her boyfriend watches, tastes the pie filling off the corpse, explaining, "Chefs do that."


Determined to discover the truth about her past, Davis hits the road with "low rent" private eye Samuel L. Jackson. While Jackson watches the classic Robert Altman film The Long Goodbye in a motel room the next evening (two characters are discussing cats, allowing Jackson to utter the line, "Yeah -- pussy is pussy"), Davis looks in a mirror in her room and again sees the skanky blonde version of herself, who suddenly reaches out from the mirror to try to kill her. Alas, she doesn't succeed.


All hell breaks loose when more bad guys from the past show up and try to extinguish Davis and Jackson. The attacks only serve to bring the amnesiac's deadly personality fully to the surface. Davis transforms the drab version of herself into a sleek blonde hit babe, who for some reason is wearing only a bathrobe and excessive eyeshadow. At the sight of a bloodstained arm bandage on Jackson, the new, true Davis suddenly opens her robe, flashes her bare bod at him, then rips off the bandage. "Same principle as deflowering virgins," she says. "I read it in this Harold Robbins book: guy bites her on the ear, distracts her from the pain. Ever try that?" "No," replies Jackson, "I sock 'em in the jaw and yell, 'Pop goes the Weasel!'" This spicy dialogue arouses Davis to pant in Jackson's ear, "I haven't had a date in eight years." Like the rest of us, Jackson isn't buying: "A beautiful white lady seducing the colored help? Get real, sweetheart. I ain't rich, I ain't handsome, and the last time I got blown, candy bars cost a nickel." Who says there's no longer a need for affirmative action?


The next day, a car full of killers chases Jackson, prompting Davis to strap on ice skates to outrace the speeding automobile and blast the villains. The mayhem reached a climax on Christmas Eve when Davis outwits her foes by (1) putting kerosene in a Betsy Wetsy-type doll, (2) taunting a knife-wielding killer with the line, "Oh honey, only four inches?" and, finally, (3) collapsing so that her daughter can reprise the innane line, "Life is pain! Get used to it!" At this point, you'll want to rewind to the scene that provided this movie with its place in Bad Moviedom. Yes, listen once again as Davis, driving an oil rig outfitted with a doomsday bomb, becomes the first (and, we'd bet, the last) action heroine to snarl at her opponents, "Suck my dick!"
Posted by Helen van Rensselaer at 1:54 PM No comments: Links to this post 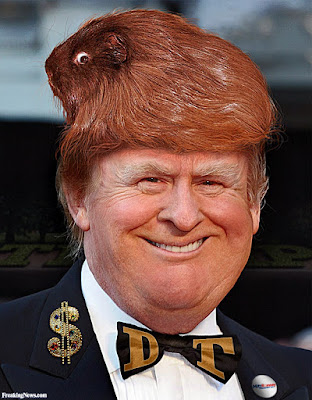 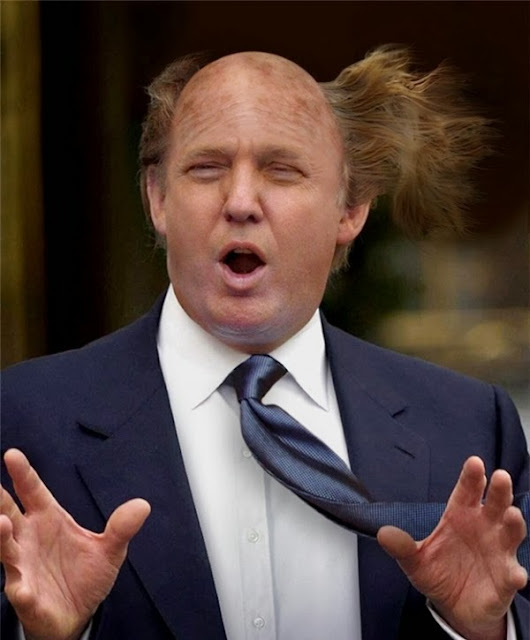 Some things are more important than retirement.

David Letterman was called back into action this weekend with a brand-new Top Ten List inspired by the recent presidential candidacy of Donald Trump.

Although he's been content since retiring as host of "Late Show" in May, Letterman called missing out on lampooning Trump's White House bid "the biggest mistake of my life."

Appearing with his pals Martin Short and Steve Martin at their live comedy show Friday night in San Antonio, he made up for lost time:

10. That thing on his head was the gopher in "Caddyshack."

9. During sex, Donald Trump calls out his own name.

8. Donald Trump looks like the guy in the lifeboat with the women and children.

7. He wants to build a wall? How about building a wall around that thing on his head!

6. Trump walked away from a moderately successful television show for a delusional, bull... Oh, no, wait, that's me.

4. Trump would like all Americans to know that that thing on his head is free-range.

2. Donald Trump has pissed off so many Mexicans, he's starring in a new movie entitled, "NO Amigos" (a reference to the 1986 comedy, "Three Amigos," that starred Short and Martin).

1. Thanks to Donald Trump, the Republican mascot is also an ass.

Posted by Helen van Rensselaer at 2:06 AM No comments: Links to this post