DELICIOUS REMEMBERS THE "KING OF POP" 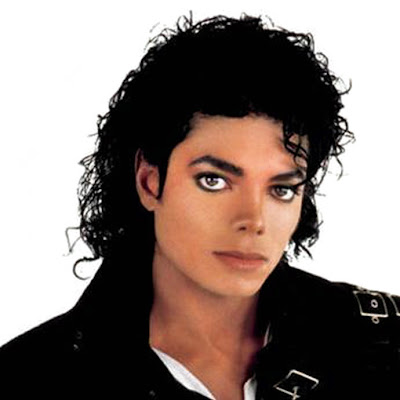 MICHAEL JACKSON - (1958-2009)
Michael Jackson, the child star turned King of Pop who set the world dancing but whose musical genius was overshadowed by a bizarre lifestyle and sex scandals, died on Thursday. He was 50.

Known as the "King of Pop," for hits that included "Thriller" and "Billie Jean," Jackson's dramatic, one-gloved stage presence and innovative dance moves were imitated by legions of fans around the world.

He transformed music videos and his lifetime record sales tally is believed to be around 750 million, which, added to the 13 Grammy Awards he received, made him one of the most successful entertainers of all time.

Jackson was born on August 29, 1958, in Gary, Indiana, the seventh of nine children. Five Jackson boys -- Jackie, Tito, Jermaine, Marlon and Michael -- first performed together at a talent show when Michael was 6. They walked off with first prize and went on to become a best-selling band, The Jackson Five, and then The Jackson 5.

Jackson made his first solo album in 1972, and released "Thriller" in 1982, which became a smash hit that yielded seven top-10 singles. The album sold 21 million copies in the United States and at least 27 million worldwide. The next year, he unveiled his signature "moonwalk" dance move while performing "Billie Jean" during an NBC special.

In 1994, Jackson married Elvis Presley's only child, Lisa Marie, but the marriage ended in divorce in 1996. Jackson married Debbie Rowe the same year and had two children, before splitting in 1999.

Quincy Jones, who helped arrange the music on the album "Thriller" and produced the "Off the Wall" album, told MSNBC: "I am absolutely devastated at this tragic and unexpected news." "For Michael to be taken away from us so suddenly at such a young age, I just don't have the words. I've lost my little brother today, and part of my soul has gone with him."
Posted by Helen van Rensselaer at 8:48 PM No comments: Links to this post 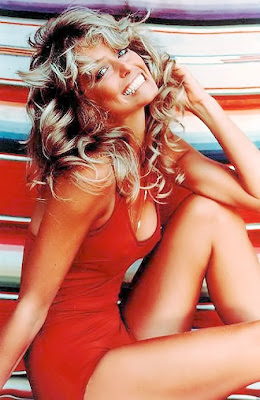 FARRAH FAWCETT LOST HER
BRAVE BATTLE WITH CANCER
THIS MORNING AT SAINT
JOHN'S HEALTH CENTER IN
SANTA MONICA, CA. SHE WAS
62 YEARS OLD.

Actress Farrah Fawcett embodied an
American icon through her simple charm.
Millions of women emulated her "winged"
hairstyle made famous in the television
series "Charlie's Angels." She began her
career with appearances in commercials,
best known for her Wella Balsam shampoo
ads. Fawcett's first breakthrough
performances on television included roles
in "I Dream of Jeannie" (1965) and "The
Partridge Family" (1970). The Texas
native was nominated for six Golden
Globe awards and received a star on the
Hollywood Walk of Fame in 1995. She
has one son, Redmond O'Neal, with long-
time companion and actor Ryan O'Neal.
Although O'Neal and Fawcett ended their relationship in 1997, he remained by
her side throughout her battle with cancer. 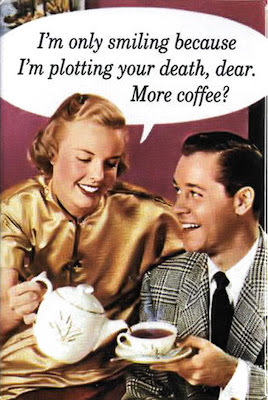 Be gracious
AND creative
this Father's
Day.

(There's no
reason why
you can't
BOTH
enjoy it.)
Posted by Helen van Rensselaer at 2:14 PM No comments: Links to this post

A DELICIOUS EVENING OF 'CHESS' COMES TO PBS! 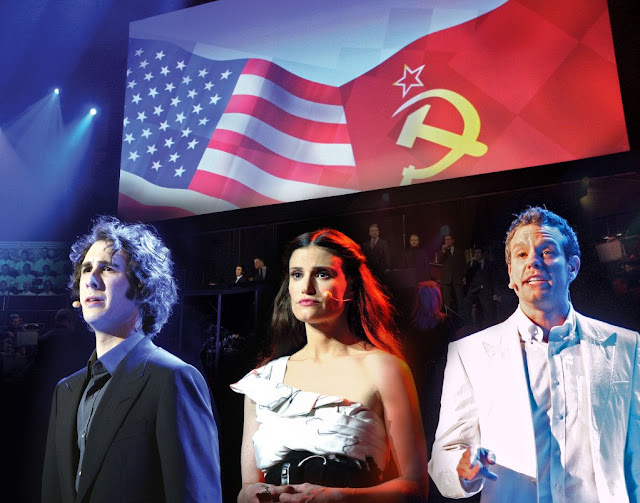 Well my dumplings, it’s finally arrived, and your Auntie Helen couldn’t be more excited. From the time she first picked up the double LP concept recording back in 1984, put it on her turn table and screamed WTF as that gorgeous score proceeded to wash over her, yours truly has been a devoted CHESS junkie.

And now - at last - PBS is airing CHESS in Concert

starring WICKED’s Idina Menzel and RENT’s Adam Pascal as they join Great Performances favorite Josh Groban in a spectacular London concert revival of Benny Andersson and Bjorn Ulvaeus’ 1986 cult musical, on June17, 2009 on Great Performances (check local listings). Presented by THIRTEEN in 5.1 digital surround sound on PBS HD, and featuring diamond-sharp lyrics by Tim Rice (EVITA, THE LION KING), the hit-filled production ("One Night in Bangkok," "I Know Him So Well," Anthem," Nobody’s Side," Someone Else’s Story") was recorded in performance at Royal Albert Hall.

"A fantastic night" proclaimed musiccomh.com, while thestage.co asked "Is there an original pop musical stuffed with better melodies?" neatly echoing Time's initial 1988 assessment: "One of the best rock scores ever produced." Adding to the excitement is the 50-piece City of London Philharmonic, led by David Firman, and over 100-voice West End Chorus.

ABBA composers Andersson and Ulvaeus created their first musical theater work more than a decade before striking pay dirt with their phenomenon, MAMMA MIA. It was the inspired idea of lyricist/librettist Rice to match the pair with his cold war tale: the East/West Chess Championship and the romantic triangle that develops between the Russian and American competitors and the beautiful woman who manages one and falls in love with the other. Chart topper Groban (Awake, Closer, Noel) sings the Russian player, Anatoly; RENT Tony and Drama Desk Award-nominee Pascal is the American Freddie, and Tony-winner Menzel (WICKED Witch Elphaba) is Florence, the woman between them.

will also be released on CD/DVD. You can watch the wonderful trailer here: http://www.icethesite.com/default.aspx?articleID=310 or go to the official website at http://www.chessinconcert.com/index.html.

Don't cheat yourself and miss out on this marvelous theatrical event. Remember to watch!
Posted by Helen van Rensselaer at 7:00 PM No comments: Links to this post 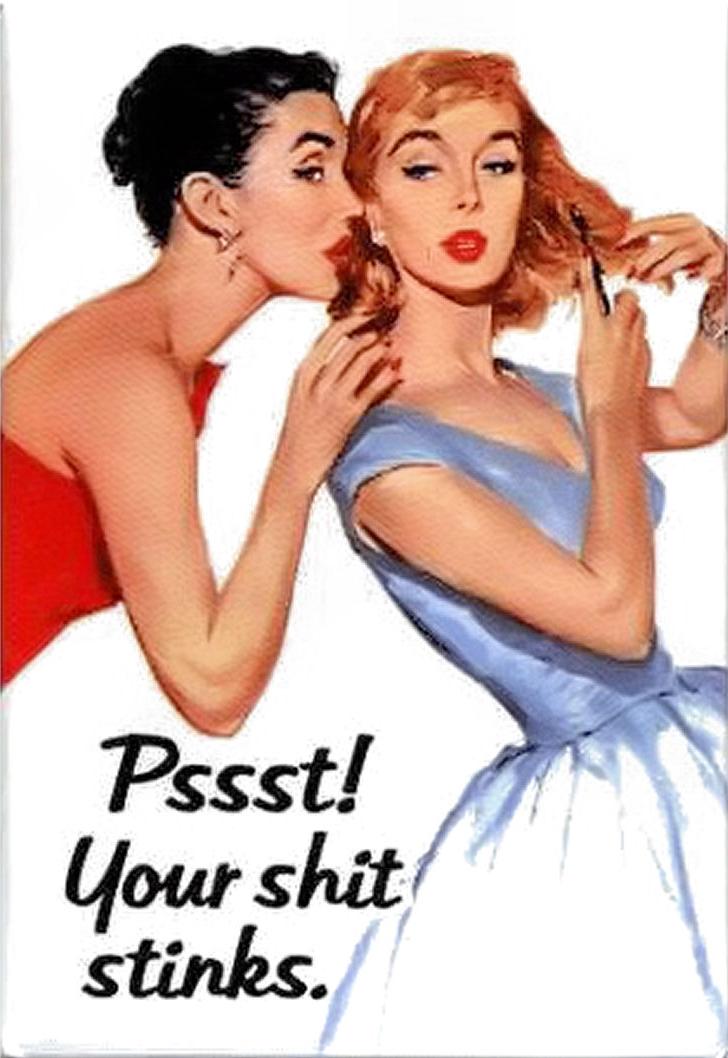 ALOHA, MISS EX-CALIFORNIA.
DON'T THINK IT HASN'T
BEEN A PANTLOAD.
BUT DARLING,
DO US JUST ONE
LITTLE FAVOR...
ON YOUR WAY DOWN
THE LADDER TO WELL-
DESERVED OBSCURITY
AND WEIGHT GAIN
AFTER A LIFETIME
OF TRADITIONAL
FAMILY VALUES,
AND THE INEVITABLE
ALCOHOLISM , PLEASE
REMEMBER TO SEND
OUR REGARDS TO
ANITA BRYANT.
BIG HUG!

'BILLY ELLIOT' and 'GOD OF CARNAGE' Win at Tonys 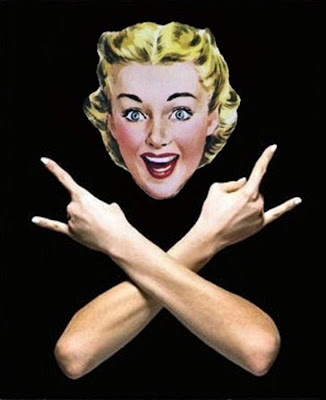 "Billy Elliot: The Musical," which had tied a record with 15
Tony Award nominations, won the prize for best musical on Sunday night.
"God of Carnage," a critical and commercial hit with a cast of four well-
known actors, received the Tony forbest play.


Neil Patrick Harris
was one of the best Tony host ever (in
our humble opinion).

and here: http://www.youtube.com/watch?v=oYjSwbte3G4
Posted by Helen van Rensselaer at 11:40 PM No comments: Links to this post

Posted by Helen van Rensselaer at 6:06 PM No comments: Links to this post

Sorry for the suspicious lack of postings lately, my lovelies. All I can say in my defense is... 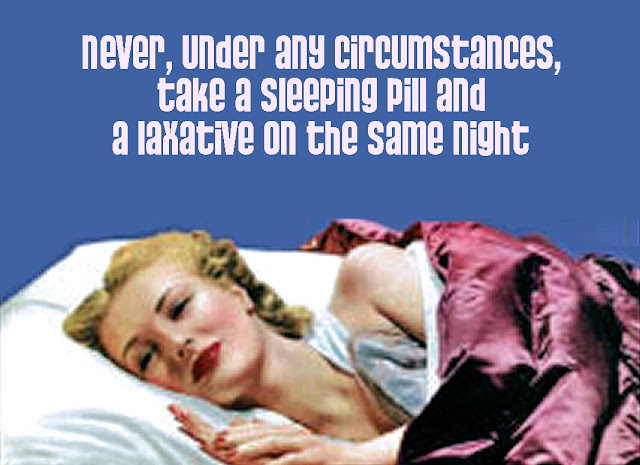 Posted by Helen van Rensselaer at 8:26 PM No comments: Links to this post