So bad it's just Delicious, YOUNGBLOOD HAWKE is a must-see for fans of Big Screen Pulp Friction. 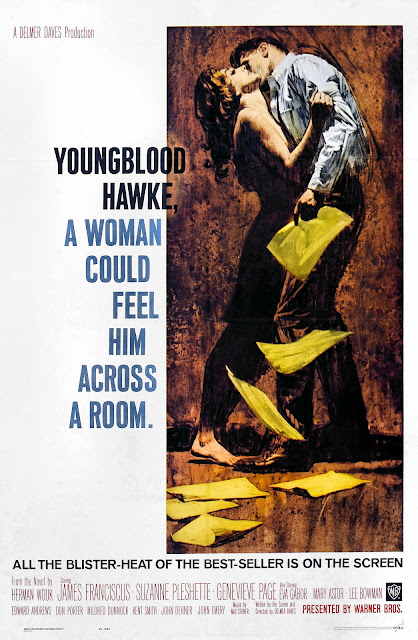 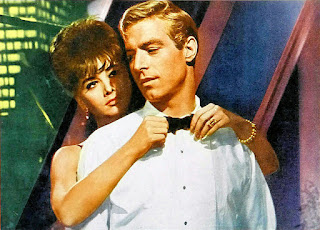 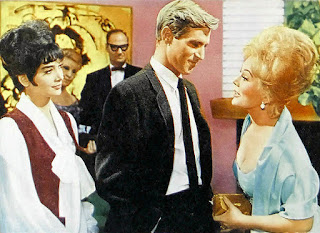 With hubby Jim away on one his many, many business trips, I felt the need for one of those rare romantic films of yesteryear. One of those potboilers from the 50s or the 60s that get the blood racing and the tearducts flowing. So off I went to the Warner Archives to see what new and fabulous releases might fill the void. And there it was (or so I thought) --- Delmar Daves 1964 production of something called YOUNGBLOOD HAWKE. With a tagline that read "A Woman Could Feel Him Across A Room", how could I possibly go wrong?

Don't even think of writing a bestselling novel --- that's the advice of Youngblood Hawke, which hilariously details the heartbreak of success in the New York literary game. This is a story that can only be told by a writer who's been there, someone like, say, Grace Metalious with her classic Return to Peyton Place, or in this case, Herman Wouk telling all after the success of his novel Marjorie Morningstar. As written and directed by Daves, Youngblood Hawke seems the work of someone who has never even read a book.

Literay patroness Eva Gabor (!) introduces Youngblood to the cream of the art crowd thus: "I read your book, and I was taller and cleaner, I was younger, I was sadder, I was happier. How did you do this miracle, dahling?" Before he can answer that, he's introduced to married interior decorator Genevieve Page who asks, "What shall I call you, Youngie or Bloody?" but before he can answer that, she takes him home to make love. "When I'm with you, " Page says afterwards, "everything seems new again, it's sharp, and good, and food tastes better, and colors seem more intense, and oh, I love you, Bloody."

She installs him in a posh penthouse where they are caught in the act by her young son. ("Tomorrow morning," says mama Page, "you report to military school.") Youngblood runs away from this affair by making a play for his book editor, Suzanne Pleshette, but gives in when Page wants him back ("Kiss me, as only my wild Hawke knows how!"). Then the couple's caught in the act again, this time by Youngblood's widowed mother. "Now she knows what I am," moans Page. Youngblood suggests they break up. "When that volcanic urge of yours comes back --- and it will! --- you'll come to me," Page rages. "I hate you!" 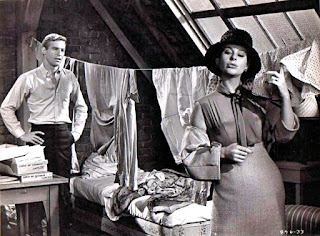 As so often happens in real life, Youngblood's next novel is published on the same day that his first Broadway play opens. "One book does not an author make," says a critic to Youngblood's party guests. "His new book was to be the proof of the pudding. Proof it is not, pudding it is. I had a premonition that our Kentucky stag would be brought to his knees by the hounds of the metropolis." (Gee, if people in New York really talked this way, wouldn't you move there in a second? Maybe not: when Page's seen-too-much son, off at his military academy, commits suicide by jumping off --- no! yes! --- a stack of novels, Youngblood heads home for them thar hills of Kentucky.)

Which reminds me. I simply must check in on my youngest son little Jimmy and see how he is doing at the General Schwarzkopf Military Academy and Kinder Care. Wasn't he supposed to be home for Christmas?

Posted by Helen van Rensselaer at 12:29 AM No comments: Links to this post