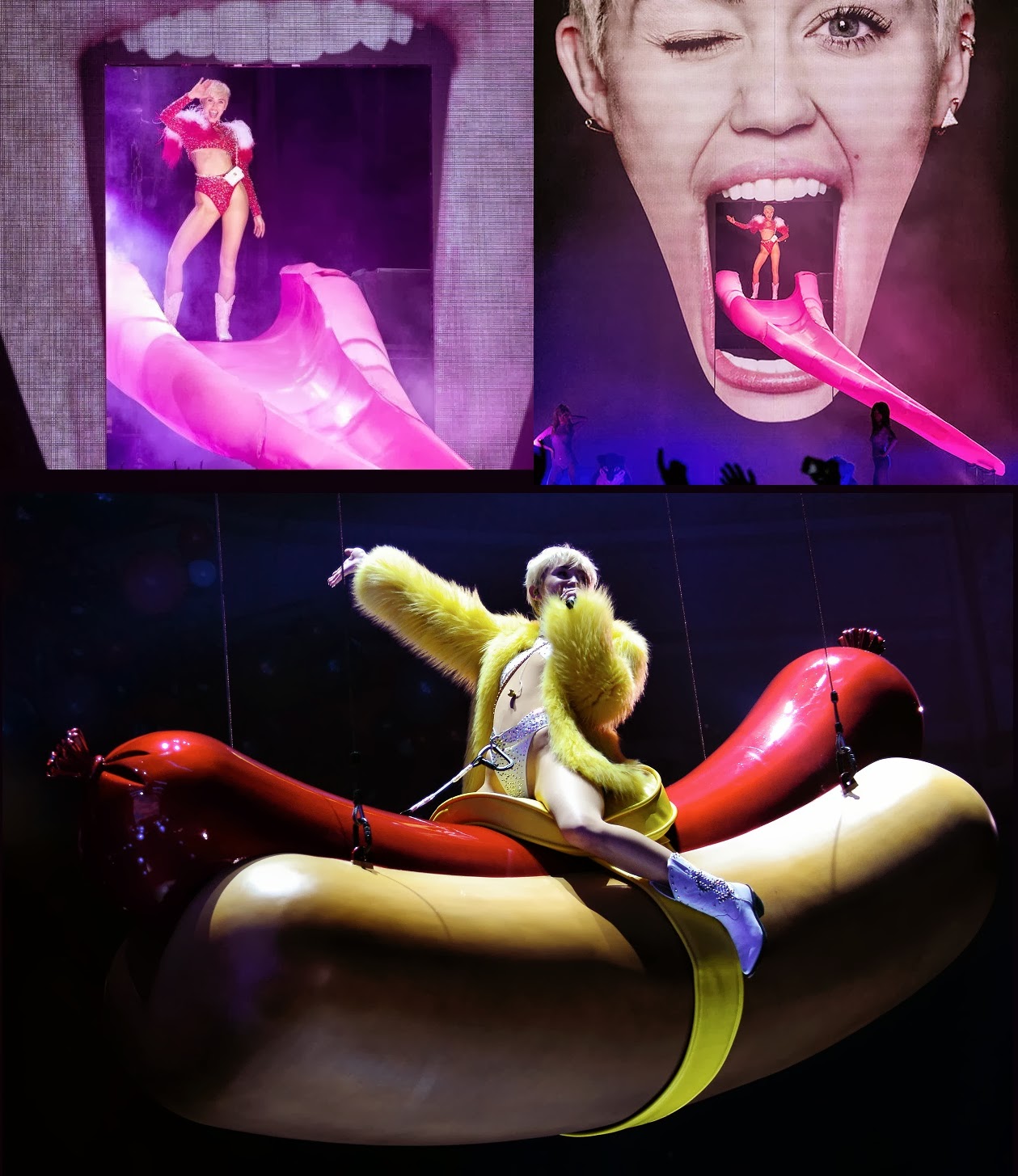 Miley Cyrus' risqué Bangerz tour has some parents up in arms, but her own mom and dad are totally cool with it!

In fact, Tish and Billy Ray Cyrus watched proudly Thursday night as their 21-year-old daughter flew through the air riding an enormous hot dog in the Honda Theater in Anaheim, Calif. They didn't seem to have a problem, either, with Miley sitting spread eagle on the hood of a car giving the middle finger, while wearing a cannabis leaf covered onesie, no less! 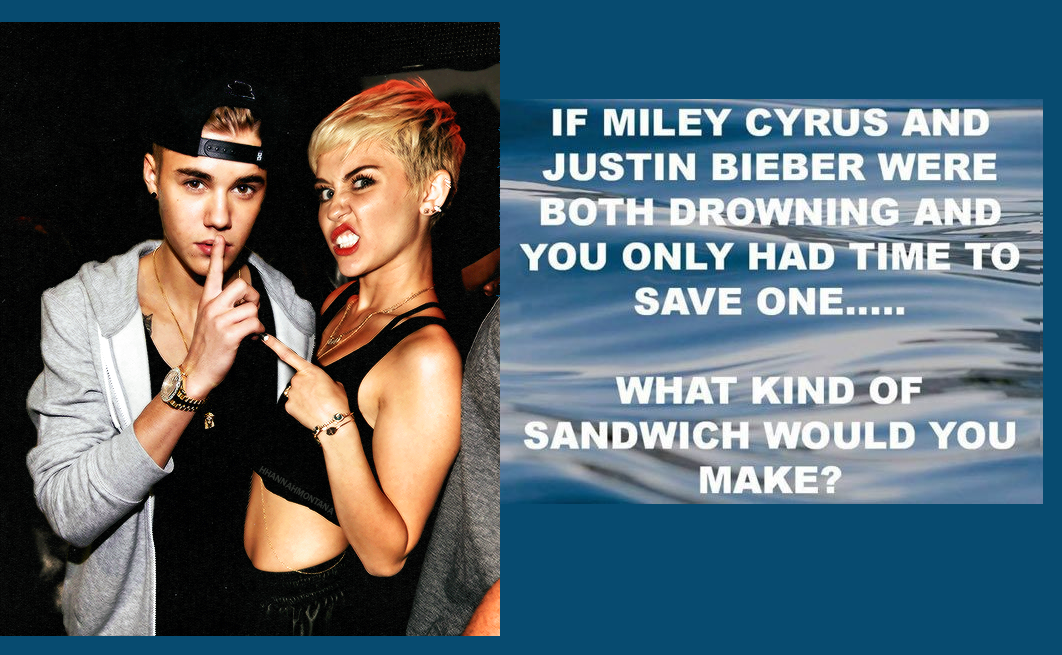 Which begs the question:
Posted by Helen van Rensselaer at 10:57 PM No comments: Links to this post 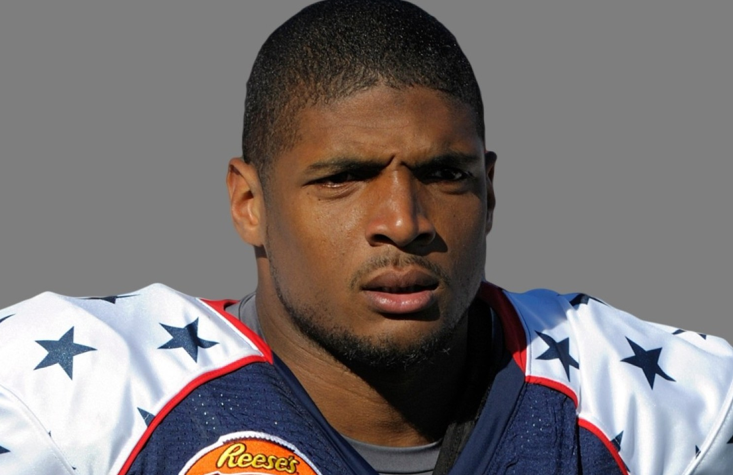 The Missouri Tigers defender has come out but, unlike many gay sport stars, he took a chance by doing it at the start of his professional career
http://www.theguardian.com/world/2014/feb/16/michael-sam-gay-american-football 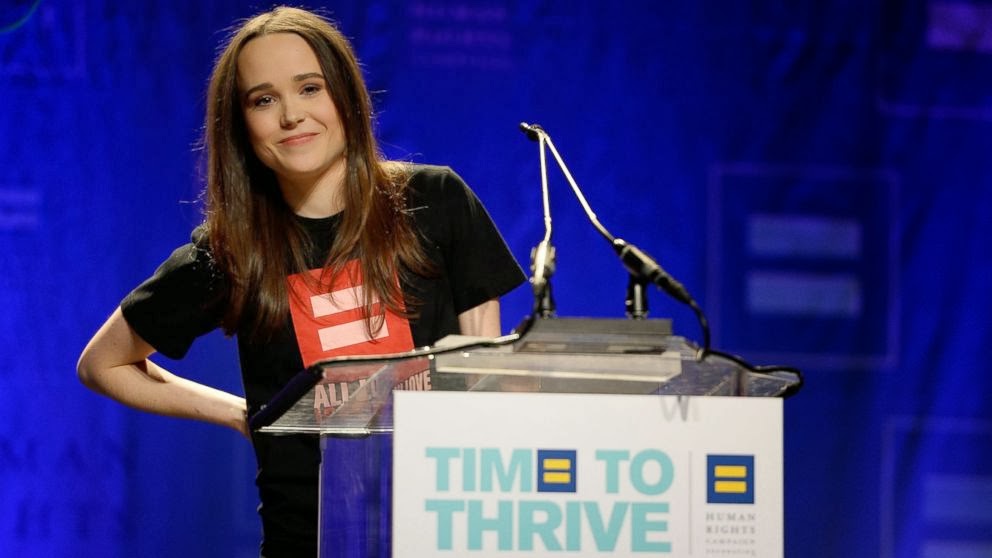 Actress Ellen Page: "I am gay"

Just DELICIOUS: A Bunch of Former Child Stars Agree that Kirk Cameron is an Idiot 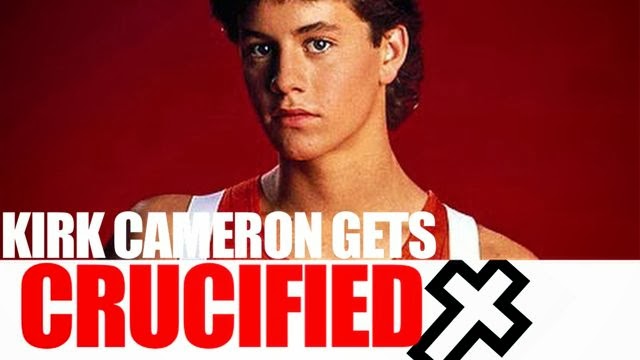 Thirty-three couples might have had the greatest night ever when they got married at the 2014 Grammy Awards, but actor Kirk Cameron was not impressed.
On Sunday, Macklemore & Ryan Lewis performed their equal rights anthem "Same Love" alongside Mary Lambert and Madonna while Queen Latifah officiated the marriages of 33 couples, gay and straight. After the show, Cameron took to Facebook to air his grievances over the same-sex ceremonies, calling the display an "assault on the traditional family."
In the post -- which has since been deleted from his Facebook but saved in a screen grab by The Wrap -- Cameron wrote, in part:


How did you like the Grammy's all out assault on the traditional family? As a husband and father, I am proud to announce the release of my new family movie, MERCY RULE. Last night, the lines were drawn thick and dark. Now more than ever, we must work together to create the world we want for our children. I'm hoping that just as Fireproof restored marriages, MERCY RULE will strengthen families.

The post was, undoubtedly, a means of self-promotion for the 43-year-old's newest flick, "Mercy Rule," which co-stars his wife and is apparently about "family, faith and baseball." Self-promotion drenched in homophobia, that is.

Posted by Helen van Rensselaer at 5:22 PM No comments: Links to this post